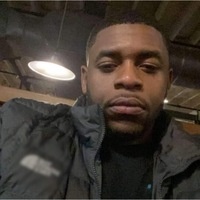 Zachary Lavarh Gibbs, age 26, of Clarksville, TN passed away on Wednesday, July 13, 2022. He was born on August 1, 1995 in Whidbey Is., WA to Kedric Gibbs, Sr., and Paulette Bell. Zachary graduated from Oak Harbor High School, class of 2014. Early in his youth, it was clear that Zach had a natural athletic ability. He started in soccer and he played football at 6 years old, and ironically his jersey number was 27 which was the age of his next birthday. Zach played football hard as if he had always played. His pee wee football team were champions for 3 years straight. Along the way he started playing basketball with his older siblings and young men at the gym; he held his own, just an all around athlete.

There was not a sport Zachary did not dominate; he was always up for a challenge. Zach attended a Navy vs. Army Flag Football All Star game. He hung out with the team in the locker room. When the team runs out to the field, Zach dashes out with us at the halfway point and he raises his hands looking into the sky. He says, "This is my world" Zach was an assistant coach two years at New Providence Middle School from 2018 to 2020. Zach loved traveling. In his time on earth, he traveled to Mexico, Hawaii and he has lived in four states which include Washington, Louisiana, Ohio and Tennessee. Zachary was mostly known for family, and not just immediate family, but he was able to fit right into anyone's family.

A funeral service will be held on Saturday, July 23, 2022 at Mosaic Church of Clarksville, TN at 1:00 P.M. with visitation beginning at 11:00 A.M. until the time of the service. Pastor Anthony Daley will officiate the service.

To order memorial trees or send flowers to the family in memory of Zachary Lavarh Gibbs, please visit our flower store.