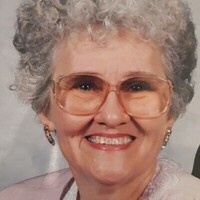 Yvonne Elaine Litz, age 90, of Clarksville, TN, passed away on Sunday September 12, 2021 at AHC of Clarksville.  She was born December 9, 1930 in Jackson, MI, the daughter of the late Berchard Arnold and Dorothy Douglas Arnold.  Yvonne had worked during her career as a Registered Nurse in both hospitals and home health care.  She primarily worked in Orlando, FL and Hohenwald, TN.  She is a former resident of Bolivar, TN.  While living there she was a member of Bible Baptist Church.  Survivors include her son Irving Tillman (Darla) of Clarksville; daughters Leslie Murphy (Mark) of Texas and Kathy Yopp of Florida.  She is also survived by brothers Keith Arnold of Texas and Duane Arnold of Indiana and a sister Judith Allen of Texas.  She is also survived by grandchildren Lacie Harris (Jeremy), Tom Morrison, Phillip Yopp, and Jimmy Yopp as well as several great grandchildren.  In addition to her parents, she is preceded in death by her husband John Paul Litz and a grandson Douglas Carl Tillman.  Burial will be on Thursday September 16, 2021 at 2:00 PM at Harpeth Hills Memorial Gardens in Nashville.  Arrangements are under the care of Gateway Funeral Home and Cremation Center  335 Franklin Street Clarksville, TN  37040.  Phone 931-919-2600.  Online condolences may be made by going to www.gatewayfh.com.

To order memorial trees or send flowers to the family in memory of Yvonne Elaine Litz, please visit our flower store.