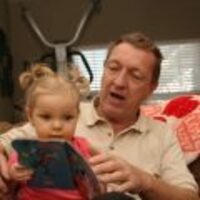 William Derek Schimanke age 71 of Clarksville, TN, passed away on Monday August 24, 2020 at Tennova Healthcare in Clarksville. He was born April 21, 1949 in Perth, Scotland, the son of the late Willie Albert Schimanke and Kathleen Nicholl of Barn Hill, Scotland. William served in the British Royal Navy where he was able to travel the world while serving his country. He earned his degree in automotive engineering and he worked for several years as an auto mechanic and later went into auto sales and financing and later in RV sales. He enjoyed learning about history. In addition to his mother, he is survived by his son and daughter in law, Derek & Terra Schimanke of Clarksville, TN; brothers Iain Nicholl and Colin Schimanke and a sister Carolyn Schimanke as well as his only granddaughter Abigail Schimanke. In addition to his father he is preceded in death by his sister Cheryl Gaess. In keeping with William's wishes, there will be no public funeral services. Arrangements are under the care of Gateway Funeral Home and Cremation Center 335 Franklin Street Clarksville, TN 37040. Phone 931-919-2600. Online condolences may be made by going to www.gatewayfh.com.

To order memorial trees or send flowers to the family in memory of William Derek Schimanke, please visit our flower store.