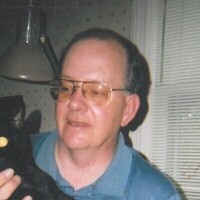 Bill was born in Nashville, TN, to Margaret (nee Lackey) and William (Billy) McCreery, Sr. He passed away under the care of hospice in the home of one of his children after a long battle with emphysema. He was visited by all of his children and his sister in his last week for final farewells.

He graduated from Columbia Military Academy (high school) and attended Peabody and MTSU.

Bill lived a life of diverse interests. He loved classical music, especially Beethoven, Mozart, Bach, and Handel. Beethoven's symphonies were some of his favorite pieces, and he listened to them in his final hours. Another life-long love was chess. He was a dedicated student of the game with hundreds of books and dozens of sets. He would study the games of the grandmasters in preparation for tournaments. In the 1989 Tennessee Chess Open he won co-Champion of the Amateur Division. He also enjoyed the game of darts, and won many trophies in Tennessee dart tournaments. He played for years out of Jolly Ollie's in Hendersonville, TN.

He was also fascinated by military history, in particular the American Civil War and the World Wars. He built a large collection of books, movies, and documentaries concerning those subjects.

He opened a video store, Stoneybrook Video, in Nolensville, TN, and ran it by himself for many years. He enjoyed the small-town feeling of that time and place, getting to know his regular customers well enough to make informed recommendations before the age of algorithms.

Aside from that, he worked for CESAC, Equitable Securities, and in banking and several other industries.

A small memorial service for family and friends will be held in the coming weeks. Friends of the deceased may reach out to his daughter for details. (931)249-7512
In lieu of flowers, please make donations to foundations helping underprivileged youth or aiding in emphysema research.

To order memorial trees or send flowers to the family in memory of William Gilbert McCreery Jr., please visit our flower store.