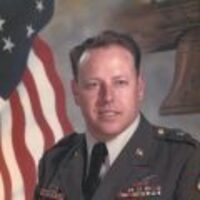 William "Bill" Wayne Hall, age 76 passed away on Monday, October 16th, 2017 at his residence in Clarksville, TN. He was born on October 5th, 1941 to the late James and Mary Catherine Oliver Hall in Elizabethton, TN. In addition to his parents, he was also preceded in death by a brother, James Carl Hall.

Mr. Hall served his country in the United States Army and achieved the rank of E7 Platoon Sergeant. After leaving the military, he was also employed at Cobro Data Collection, Sheriff's Department and also at the golf course on post. He was a member of the Masonic Lodge, Patriot Guard, Shriner's, VFW, and Scottish Rite.

He is survived by his wife, Carol Elizabeth Hall; daughters Cassonya Wayneen Hall and Tina Christine Hall all of Clarksville; and one brother Donald Gene Hall of Elizabethton.

Funeral services will be held on Friday, October 20th at 1:00 p.m. from the Chapel of Gateway Funeral Home. Interment to follow at Resthaven Memorial Gardens with military honors. Visitation with the family will be on Thursday, October 19th from 4:00 p.m. until 7:00 p.m. and on Friday from 12:00 p.m. until time of service.

To order memorial trees or send flowers to the family in memory of William Wayne "Bill" Hall, please visit our flower store.