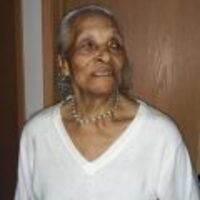 Willa Pearl Curtis, age 89 from Gary, IN passed away Tuesday, September 15, 2020, at Tennova Health Care in Clarksville, TN. Willa was born in Birmingham, AL on September 14, 1931, to the late William Thomas and Carrie Bivins. Willa was a beautiful woman with a very "BIG HEART." Her services exceeded beyond family, in numerous ways.

The family will have a private service amongst friends and themselves at a later date which will be held in Gary, IN. Please contact the family for details.

Arranagements are under the care of Gateway Funeral Home & Cremation Center; 335 Franklin St. Clarksville, TN 37040; phone 931-919-2600. Online condolences may be made by visiting gatewayfh.com.

To order memorial trees or send flowers to the family in memory of Willa Pearl Curtis, please visit our flower store.