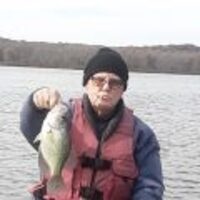 Wilford W. Washburn age 81 of Clarksville, passed away on Sunday January 12, 2020 at Tennova Healthcare in Clarksville. He was born June 21, 1938 in Jacksonville, FL. Wilford served his country in the US Army for over 20 years. He served in Vietnam and received a Bronze Star and a Purple Heart and he attained the rank of Staff Sergeant at the time of his retirement. Following his time in the military he was employed for many years at Trane Corporation as a security guard and following his second retirement from Trane, he worked for a time with Western Auto. Wilford was a devoted husband, a loving father and an avid fisherman. He is survived by his wife Barbara Berger Washburn to whom he was married in 1962. He is also survived by three sons Martin Washburn of California; Johnny Washburn of North Carolina, and Henry Washburn of Clarksville, TN. Also surviving is a daughter Sylvia Jackson of Clarksville, TN; as well as 8 grandchildren and 9 great grandchildren. He is preceded in death by a daughter Betty Raposa. A Memorial Service will be conducted on Friday January 17, 2020 at 2:00 P.M. at the chapel of Gateway Funeral Home. Military honors will be conducted at the funeral home. Visitation will be held for the hour prior to services at the funeral home. Arrangements are under the care of Gateway Funeral Home and Cremation Center 335 Franklin Street Clarksville, TN 37040. Phone 931-919-2600. Online condolences may be made by going to www.gatewayfh.com.

To order memorial trees or send flowers to the family in memory of Wilford W. Washburn, please visit our flower store.