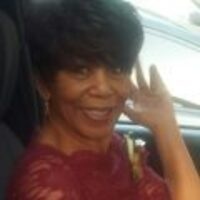 Virgial Joyce Roberts age 73 of Clarksville, passed away on Wednesday September 26, 2018 at Alive Hospice in Nashville. She was born September 2, 1945 in Williamsburg, VA, the daughter of the late John Wesley Shepperd Sr. and Floyd Simpson Shepperd. Virgial served her country for 7 years in the U.S. Army where she served as a chaplain assistant. Following her time in the military she received her Associates Degree from Austin Peay University. She had been employed with Austin Peay on the campus police department as well as in records and registration. She also was the owner and operator of V J's Home Cooking in Clarksville. She is a member of the Baptist Church and she and her husband enjoyed visiting churches. She is survived by her husband of 45 years Edward Roberts CSM(R) of Clarksville; a son Robert Clifton Godbolt Jr. (Ginger) of Dickson, TN; a daughter Pamela Godbolt of Nashville, TN; a brother Orrin Shepperd (Norma) of Newport News, VA; sisters Julia McClester of Hinesville, GA; and Patricia Brown of Hampton, VA. She is also survived by a grand daughter Mia (Brandon) Anderson and a great grand daughter Mackenzie Anderson. In addition to her parents, she is preceded in death by brothers John Shepperd Jr., Fred Shepperd, and Thomas Shepperd, and sisters Ruby Crump, Elsie Hayes, and Willanette Edwards. Memorial services with military honors for Virgial will be conducted on Saturday October 6, 2018 at 3:00 PM at the Whiting's Funeral Home 7005 Pocahontas Trail, Williamsburg, VA 23185. Phone 757-229-3011. Arrangements in Clarksville are under the care of Gateway Funeral Home and Cremation Center 335 Franklin Street Clarksville, TN 37040. Phone 931-919-2600. Online condolences may be made by going to www.gatewayfh.com.

To order memorial trees or send flowers to the family in memory of Virgial Joyce Roberts, please visit our flower store.