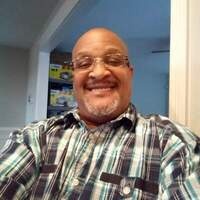 Troy Don Scott, age 56, of Clarksville, TN, passed away on October 5, 2021 at Tennova Healthcare in Clarksville.  He was born in Herford, TX on May 3, 1965. He is the son of the late Donnie Trotter and Nova Scott Leavy.  Troy is a member of Greater Walters AME Zion Church in Chicago.  He had a heart of gold and he was known for his smile and laughter.  He is survived by his brothers Newton McMillan and Nelon McMillan, and his sister Arvetta Henderson.  Also surviving are his aunts Pinkie Scott-Ramsey and Glenda Caldwell and his companion Phyllis Fox.  There are no public funeral services planned at this time.  Arrangements are under the care of Gateway Funeral Home and Cremation Center  335 Franklin Street  Clarksville, TN  37040.  Phone 931-919-2600.  Online condolences may be made by going to www.gatewayfh.com.

To order memorial trees or send flowers to the family in memory of Troy Scott, please visit our flower store.