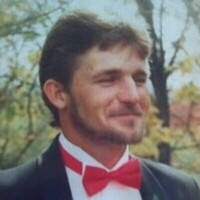 Timothy A. Bourne, age 56, of Clarksville, TN, passed away on Sunday August 15, 2021 at Tennova Healthcare in Clarksville.  He was born February 26, 1965 in Clarksville, the son of the late Charles Bourne and Daisy Huff Bourne.  Tim is a 1983 graduate of Clarksville High School.  During his working life he was known in the Clarksville area as a talented brick layer and block layer.  When his children were younger, he was active in coaching sports and scouting.  He enjoyed fishing and hunting.  He is survived by his children, Jessica Davis (Joseph) of Jacksonville, FL; Joshua Bourne (Presley) of Clarksville; and Jeremy Bourne of Georgia.  Also surviving are brothers Bryan Bourne (Melissa) of Clarksville; Cody Bourne (Courtney) of Clarksville; and Travis Bourne (Amber) of Clarksville.  Tim was blessed with five grandchildren, Alexia, Nolan, Hayden, Dawson, and Mason. In addition to his parents, he is preceeded in death by a brother Daniel Bourne. There are no public funeral services planned at this time.  Arrangements are under the care of Gateway Funeral Home and Cremation Center  335 Franklin Street  Clarksville, TN  37040.  Phone 931-919-2600.  Online condolences may be made by going to www.gatewayfh.com

To order memorial trees or send flowers to the family in memory of Timothy A. Bourne, please visit our flower store.