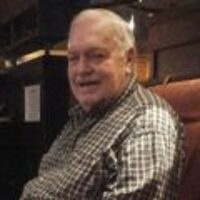 Thomas Edward Corbin age 75 of Clarksville, passed away on Saturday December 16, 2017 at Tennova Healthcare. He was born August 26, 1942 in Clarksville, the son of the late James William Corbin and Evelyn Sisk Corbin.

Mr. Corbin is a 1961 graduate of Clarksville High School and while there he was the Wildcat mascot. He farmed for many years and later became the owner and operator of Ribs and Burgers for many years. Mr. Corbin is a member of the Kirkwood Baptist Church and was known to be the best "Papaw". Many people called him Papaw.

The Memorial Service will be held on Thursday, December 21, 2017 at 6:00 PM at First Baptist Church Kirkwood Campus, with Chad Scardro officiating. Visitation with the family will began at 4:00 PM until the time of service.

Arrangements are in the care of Gateway Funeral Home and Cremation Center 335 Franklin Street Clarksville, TN 37040 Phone 931-919-2600 Online condolences may be made by going to gatewayfh.com.

To order memorial trees or send flowers to the family in memory of Thomas Edward "Papaw" Corbin, please visit our flower store.