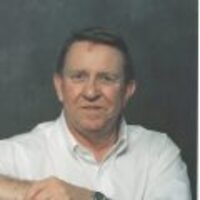 Thomas Lee Austin age 72 of Clarksville, passed away on Thursday May 17, 2018 at his residence. He was born January 16, 1946 in Chattanooga, TN the son of the late Harden Leroy Austin and Hazel Christine Melton. Thomas served his country in the U.S. Navy for over 20 years. He served during Vietnam and was assigned to the USS Kitty Hawk. Following his time in the military he worked at Boeing, Lockheed, Ryobi, and TTI in quality control. Thomas was raised in the Church of Christ and had been a volunteer with Meals on Wheels. He was devoted to his family. He is survived by his wife Eva Ricaforte Austin of Clarksville; daughters Tracy Coffey (Michael) of Clarksville, and Tammy Edlund (Robert) of Ft. Thomas, KY; a sister Christine Mauldin (Randy) of Albermarle, NC. Also surviving are grandchildren Thomas Mercer Edlund, Edward Myles Edlund, Finneas Michael Coffey, Sloane Elizabeth Coffey and Mikayla Grace Coffey. In addition to his parents he is preceded in death by brothers Harden L. Austin Jr. and Robert Michael Austin and sisters Carolyn Mayberry and Glenda Foley. Memorial services will be conducted on Saturday June 2, 2018 at 11:00 A.M. at Gateway Funeral Home. Military honors will be conducted. Visitation will be for the hour prior to services. Arrangements are under the care of Gateway Funeral Home and Cremation Center 335 Franklin Street Clarksville, TN 37040. Phone 931-919-2600. Online condolences may be made by going to www.gatewayfh.com.

To order memorial trees or send flowers to the family in memory of Thomas Lee Austin, please visit our flower store.