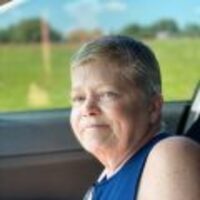 Theresa Lynn Slate age 59 of Orlinda, TN, passed away at her residence on Friday August 14, 2020. She was born in Clarksville, TN on November 5, 1960, the daughter of the late Joann Bowen Barnhart and Arthur Slate of Goodletsville, TN. Theresa had been employed for many years at the nursing home in Adams, TN and later worked at Red Cap in Old Hickory until her health no longer permitted her to work. She is a member of the Baptist Church and she was known as a good Mother and Nannie. In addition to her father, she is survived by daughters Kimberly Dawn Bowen (Gary Humel) of Portland, TN, Laura Lee Bentley (Michael) of Portland, TN, and Janet Ann Mantlo (Darcy) of Orlinda, TN; a son Danny Bowen of Orlinda, TN; brothers Jeffrey Barnhart, James Barnhart, and John Barnhart and a sister Georgia Marie Barnhart. She was also blessed with eleven grandchildren and one great grandchild. In addition to her Mother, she is preceded in death by a daughter Christy Lynn Bowen and two brothers Michael Slate and David Slate and her step mother Shirley Ann Slate. Funeral services for Theresa will be conducted on Tuesday August 18, 2020 at 1:00 PM at Gateway Funeral Home. Visitation will be on Monday August 17, 2020 from 3:00 to 7:00 PM and again on Tuesday for the hour prior to services. Burial will be in Resthaven Memorial Gardens. Arrangements are under the care of Gateway Funeral Home and Cremation Center 335 Franklin Street Clarksville, TN 37040. Phone 931-919-2600. Online condolences may be made by going to www.gatewayfh.com.

To order memorial trees or send flowers to the family in memory of Theresa Lynn Slate, please visit our flower store.