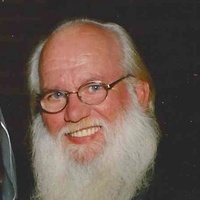 Terry Lee Guerin, age 75 of Clarksville, TN, passed away at his residence on Sunday, March 21, 2021. Terry was born in Shelby, Ohio on October 11, 1945. Terry was a hard worker and set in his ways. His family will remember him as a loving husband, father, grandfather, great grandfather and brother.

Terry is preceded in death by his parents.

There are no services planned at this time.

Arrangements are under the care of Gateway Funeral Home & Cremation Center. 335 Franklin Street, Clarksville, TN 37040. Phone: (931)919-2600. Online condolences may be made by visiting our website, gatewayfh.com

To order memorial trees or send flowers to the family in memory of Terry Lee Guerin, please visit our flower store.