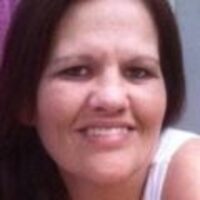 Tamera Michelle Griffey, age 37, of Clarksville, TN, passed away on Saturday, May 20, 2017 at Tennova Healthcare in Clarksville. Tamera was born in Clarksville on July 5, 1979 to Brenda Fay Scott Landrum and the late James Ralph Gable. She is described as being very devoted to her family. Along with her mother, she is survived by two daughters, Chasity Griffey and Brianna Griffey; two brothers, Michael and Donnie Ennis both of Clarksville; and one grandchild, Bentley Shutt. No public funeral services are planned. Arrangements are under the care of Gateway Funeral Home and Cremation Center 335 Franklin Street Clarksville, TN 37040. Phone 931-919-2600. Online condolences may be made by going to www.gatewayfh.com.

To order memorial trees or send flowers to the family in memory of Tamera Michelle Griffey, please visit our flower store.