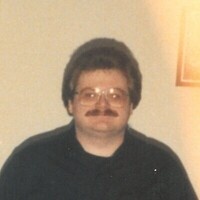 Steven A. Howard, age 59, of Clarksville, TN, passed away on Friday March 11, 2022 at Tri Star Skyline in Nashville, TN.  He was born May 28, 1962 in Chattanooga, the son of the late Walter T. Howard Jr. and Lovisa Panter Harris.  Steven was the manager of University Package Store for many years and became the owner of the business from 2011 until 2019.  He loved the outdoors, camping and being around the water as well as being a Boy Scout Master.  He was devoted to his granddaughter.  Left to cherish his memory is his wife Deborah Luna Howard of Clarksville; his son Steven W. Howard of Clarksville; his daughter Brittney Howard of Clarksville; and his granddaughter Patricia Howard.  He is also survived by a brother Walter T. Howard III of Dover, TN.  He is also survived by his aunt JoEva Davis of McMinnville, TN and one niece, three nephews and many cousins.  He is preceded in death by his father Walter T. Howard Jr. his mother and step father, Lovisa Panter Harris and James Harris, maternal grandparents Art and Alma Panter, paternal grandparents Walter T. Howard Sr. and Minnie Howard, aunts Francis Hobbs, Verna Howard, Kathy Howard, and Norma Howard and an uncle William Panter.  Funeral services for Steven will be held on Wednesday March 16, 2022 at 2:00 PM at Gateway Funeral Home with Pastor Kevin Heflin officiating.  Burial will follow at Resthaven Memorial Gardens.  Visitation will be on Tuesday March 15, 2022 from 4-7 PM at the funeral home.  Pallbearers  will be Tommy Davis, Jeffrey Hobbs, Frank McKinney, Rob Wilson, Casey McKinney, and Steven Howard. Honorary pallbearers will be Ellis Clippinger and James Bryant.  Arrangements are under the care of Gateway Funeral Home and Cremation Center  335 Franklin Street  Clarksville, TN  37040.  Phone 931-919-2600.  Online condolences may be made by going to www.gatewayfh.com.

To order memorial trees or send flowers to the family in memory of Steven A. Howard, please visit our flower store.