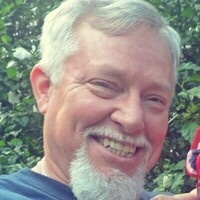 MSG (retired) Stephen “Steve” Rainey, age 62, of Clarksville, TN, passed away on Monday September 7, 2021 at St. Thomas West in Nashville. Steve was born July 5, 1959 in Muncie, IN. Steve served his country for 27 years in the US Army, retiring as a Master Sergeant. During his military career, he saw action in several tours in the Middle East. During most of his career, he served with Special Forces where he earned multiple awards including two Bronze Stars with Valor and two awards of the CIB badge. His military service was featured in a book, “Masters Of Chaos.” He is a lifetime member of the VFW and the Special Forces Association. During his retirement years he enjoyed turkey and deer hunting and is a member of the National Wild Turkey Federation and the Gun Owners of America. He enjoyed his motorcycle and is a member of the Indian Motorcycle Riders Group. He enjoyed his farm in Cumberland Furnace where he and his wife were raising Christmas trees, but his greatest love was his family, especially his precious granddaughter. Steve earned a Masters Degree from Mountain State University in the Science of Strategic Leadership. Left to cherish his memory is his wife Donna Marie Morris Rainey of Clarksville; his father Robert Allen Rainey (Wanda) of Clinton, AR; his son William Fuzzy Rainey of Clarksville; and his daughter Brenda Price (Jeff) of Clarksville; as well as his granddaughter Bristol Marie Price. He is also survived by his sisters Tiffanie Bufford (Dillen) of Clinton, AR; and Robin Stinson (Jeff) of Wilmington, OH. Funeral services for Steve will be conducted on Wednesday September 15, 2021 at 12:00 noon at Gateway Funeral Home. Visitation will be on Wednesday from 10 AM until the time of services . Burial with military honors will be held at the Middle Tennessee State Veteran Cemetery in Pegram, TN. In lieu of flowers, donations can be made to the Cystic Fibrosis Foundation in Steve's memory. Arrangements are under the care of Gateway Funeral Home and Cremation Center 335 Franklin Street Clarksville, TN 37040. Phone 931-919-2600. Online condolences may be made by going to www.gatewayfh.com.
To order memorial trees or send flowers to the family in memory of Steve Rainey, please visit our flower store.