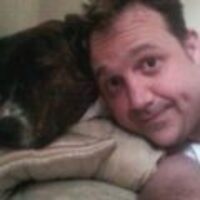 Stephen Lou Turner Jr. age 42 of Clarksville, passed away on Friday February 14, 2020 at his residence. He was born September 23, 1977 at Ft. Stewart, Georgia. Stephen served his country in the U.S. Navy for three years. He was stationed in Yokosuka, Japan and was able to travel much of the world while in the Navy. He was currently working as a driver with Mid-Cumberland Transit. Stephen was raised in the Methodist Church and held a strong faith. He was known as a compassionate person who loved helping others. He was devoted to his family. Stephen is survived by his Mother and Stepfather Virginia & Tim Traughber of Southside, TN; his Father and Stepmother Stephen L. Turner Sr. & Ruth of Aurora, IN. He is also survived by a brother Andy Traughber (Debra) of Clarksville and a sister Monica Haller of Aurora, IN. He is also survived by a nephew and two nieces as well as his dog Marilyn. Memorial services with military honors will be conducted on Friday February 21, 2020 at 2:00 P.M. at Gateway Funeral Home with Rev. Beverly Dycus officiating. Visitation will be from 12 noon until the time of services. Arrangements are under the care of Gateway Funeral Home and Cremation Center 335 Franklin Street Clarksville, TN 37040. Phone 931-919-2600. Online condolences may be made by going to www.gatewayfh.com.

To order memorial trees or send flowers to the family in memory of Stephen Lou Turner Jr., please visit our flower store.