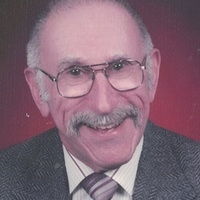 Stephen Melvin Cutler, age 81, of Clarksville, TN passed away on Saturday, May 28, 2022 at Tennova Healthcare. He was born on July 23, 1940 in Revere, MA to the late William Oscar Cutler and Eva Cohen Cutler. Stephen was raised in the Jewish faith but converted to Christianity later in life. When he was younger, he enjoyed bowling. He was also a golf enthusiast. Stephen proudly served his country in the United States Army.

In addition to his parents, Stephen is preceded in death by his brother, Richard Cutler.

A funeral service will be held on Saturday, June 4, 2022 at Gateway Funeral Home at 12:00 P.M. with visitation beginning at 10:00 A.M. Entombment will take place immediately following the service at Resthaven Memorial Gardens in Clarksville, TN.

To order memorial trees or send flowers to the family in memory of Stephen Melvin Cutler, please visit our flower store.