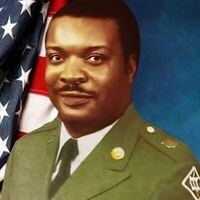 Solomon Brooks, age 78, of Clarksville, TN, passed away on Monday August 23, 2021 at Tennova Healthcare in Clarksville.  He was born in Mississippi on August 22, 1943, the son of the late Talemoore and Lear Brooks.  Solomon served his country in the U.S. Army for 14 years.  Following his time in the military, he continued to assist in the training of military soldiers.  He worked at range control as a weapons range maintenance personnel and later became a shift supervisor for RAMAC, Lockheed Martin located on Ft. Campbell, KY.  Solomon is a member of the local DAV association and a member of the 555th PIA, Elester Garner chapter of Clarksville, TN. Left to cherish his memory is his daughter Keonas Brooks of Clarksville; his granddaughter Justyce Carney of Clarksville; step daughter Rhonda Hodges and step son Fredrick Jones; his brother Ray R. Chase of Clarksville; and his nephew, who was like a son to Solomon, Mike Mitchell of Port Gibson, MS.  In addition to his parents, Solomon is preceeded in death by his wife Georgetta Brooks, his son Everett Chavez Brooks, his sister Dorothy Brooks, and his grandchild Kemiah Gilliam.  Funeral services for Solomon will be conducted on Friday September 3, 2021 at 12 noon at Christ The Healer Church located at 1295 Paradise Hill Road, Clarksville, TN.  Burial with military honors will follow in the Kentucky Veteran Cemetery, West in Hopkinsville, KY.  Visitation will be on Thursday September 2, 2021 from 5 to 7 PM at Gateway Funeral Home.  Arrangements are under the care of Gateway Funeral Home and Cremation Center  335 Franklin Street  Clarksville, TN  37040.  Phone 931-919-2600.  Online condolences may be made by going to www.gatewayfh.com.

To order memorial trees or send flowers to the family in memory of Solomon Brooks, please visit our flower store.