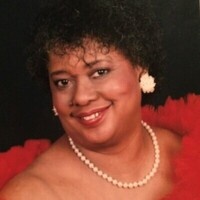 Shirley L. Head, age 79, of Clarksville, TN, went home to be with the Lord on Wednesday September 22, 2021 at Centenniel Medical Center in Nashville, TN.  She was born in Montgomery County, TN on February 27, 1942, the daughter of the late Newton Smith and Isadella Mallory Pardue.  Shirley is a member of New Hope Missionary Baptist Church.  She was devoted to her family and was a loving Mother and Grandmother.  Over the years she shared her love with numerous foster children.  Left to cherish her memory are her children Richard Pardue (Flora) of Clarksville; James Earl Farley of Clarksville; George Farley (Dora) of Clarksville; Quinton Head of Oak Grove, KY; Antonio L. Head of Texas and Arnet Head of Clarksville.  She is also blessed with eight grandchildren, Ricky Hagewood, Richard Pardue, LaRance Pardue, Deondra Pardue, James E. Farley Jr., George Farley Jr., Lorenze Long, and Montiese Long, as well as several great grandchildren.  In addition to her parents, she is preceded in death by her husband Freeman Edd Head who passed in 2015, a son Jonathan Head, and a brother Willie Lee Smith.  Funeral services for Shirley will be conducted on Monday September 27, 2021 at 12:00 PM at New Hope Missionary Baptist Church located at 1300 Rossview Road in Clarksville.  Visitation will be from 11 AM until the hour of services at the church. Burial will follow at Resthaven Memorial Gardens. Arrangements are under the care of Gateway Funeral Home and Cremation Center  335 Franklin Street  Clarksville, TN  37040.  Phone 931-919-2600.  Online condolences may be made by going to www.gatewayfh.com.

To order memorial trees or send flowers to the family in memory of Shirley L. Head, please visit our flower store.