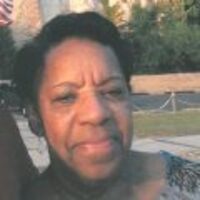 Rutha Mae Anderson, age 81, of Clarksville, TN passed away on Tuesday, July 7, 2020 at Tennova Healthcare. She was born on April 7, 1939 in Sardis, AL to the late John Anderson and Geneva Callen. Rutha graduated from Parker High School in Birmingham, AL in 1958. Succeeding graduation, she went on to attend Booker T. Washington Business School. Rutha worked as a head housekeeper, instrument cleaner for Baptist Memorial in Nashville, TN, and as a clerical worker for AJAX. She had several hobbies including knitting, sewing, playing scrabble and dominoes, and playing card games. Rutha was a member of First Missionary Baptist Church in Clarksville, TN where Robert P. Harris served as her pastor.

Rutha's memory will forever be cherished by her son, Roderick Anderson (Elana); her sisters, Shelia Smith (Robert), Sandra Ugoala (Gideon), Lela Flood (Allen), and Annie Pearl Mitchell; grandchildren, Sherina Anderson and David Trottman, and a host of cousins, nieces, nephews, aunts, and uncles. In addition to her parents, she is preceded in death by her brother, Quinton Smith, Jr; her sister, Martha Lorine Echols, and two step-fathers, Quinton Smith, Sr., and Frank Ford.

A funeral service for Rutha will be conducted on Tuesday, July 14, 2020 at 1:00 P.M. at Gateway Funeral Home with Pastor Robert P. Harris officiating. Visitation will begin at 11:00 A.M. until the time of service. Arrangements are under the care of Gateway Funeral Home and Cremation Center; 335 Franklin St. Clarksville, TN 37040; phone 931-919-2600. Online condolences may be made by visiting gatewayfh.com.

To order memorial trees or send flowers to the family in memory of Rutha Mae Anderson, please visit our flower store.