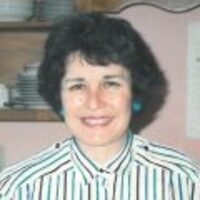 Rosalie Patricia (Olivero) Minetos age 81, passed away peacefully at her home after a sudden illness on July 29, 2019 in Clarksville, TN. She was surrounded by her loving family. Rosalie was born on March 17, 1938 to John Joseph and Beatrice Anne (Herrick) Olivero at West Point Station Hospital in Highland Falls, New York. Rosalie attended Ladycliff Academy in Highland Falls, NY. She met and later married her husband, the late Dr. Peter Minetos, a U.S. Army veteran, at West Point. Rosalie graduated from the nursing program at Austin Peay State University. She worked full time as a Public Health Nurse for the Montgomery County Public Health Department for many years, as a school nurse for the Clarksville Montgomery County School System and finally as a school nurse for the Fort Campbell School System where she retired after 18 years. Rosalie was selfless and compassionate in her approach to her life and public service and instilled these values in her four sons; Gerry (Shirley) Minetos of Alexandria, VA, John (Dana) Minetos of Franklin, TN, Peter Minetos of Marietta, GA and Constantine "Coz" Minetos of Clarksville, TN. She was overjoyed with her wonderful grandchildren, Jon Peter "JP" Minetos, Theo Minetos, Peter Minetos III and Juliana A. Minetos. Rosalie was preceded in death by her husband, Dr. Peter Minetos, her parents John and Beatrice Olivero, her brother John Olivero, and brother Rudolf James Olivero. Survivors include her four sons, Gerry, Johnny, Peter, and Coz Minetos, sister Debbie (Cookie) Olivero, sister Shirley (Achilles) Rossi and grandchildren. Rosalie will be remembered as a loving, caring person who was dedicated to her family. In keeping with her wishes, there will be no public funeral services. Arrangements are under the care of Gateway Funeral Home and Cremation Center 335 Franklin Street Clarksville, TN 37040. Phone 931-919-2600. Online condolences may be made by going to www.gatewayfh.com.

To order memorial trees or send flowers to the family in memory of Rosalie Patricia Minetos, please visit our flower store.