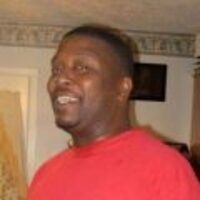 Ronzie Lee Ellis II age 45 of Clarksville passed away on Friday July 26, 2019 at his residence in Clarksville. He was born September 28, 1973 in Detroit, MI the son of Ronzie Lee "Bug" Ellis Sr. and the late Constance Saddler Ellis. Ronzie had worked at various factories during his career. In addition to his father, he is survived by a son Ronzie Lee Ellis III of Chattanooga, TN; daughters Arianna Jones of Detroit; Kayla Ellis of Detroit and Patience Constance Wallace. He is also survived by a brother Dante Saddler of Detroit; sisters Latina Ellis of Clarksville; and Crystal Ellis of Clarksville. He is also survived by two grandchildren Malachi and Layla James. In addition to his mother, he is preceded in death by a brother William Ellis. There will be a Memorial Service conducted for Ronzie at the Greenhill Church in Clarksville, TN on Saturday August 10, 2019 at 11:00 AM with Pastor Angela Jones officiating. Arrangements are under the care of Gateway Funeral Home and Cremation Center 335 Franklin Street Clarksville, TN 37040. Phone 931-919-2600. Online condolences may be made by going to www.gatewayfh.com.

To order memorial trees or send flowers to the family in memory of Ronzie Lee Ellis II, please visit our flower store.