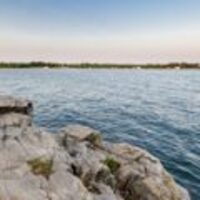 Ronnie Lee Jeanis age 73 passed away on Monday September 25, 2017 at the Metro General Hospital in Nashville. He was born March 24, 1944 in Port Arthur, Texas, the son of the late Ivan Joseph Jeanis and Nadine Agnes Theriot Jeanis. Ronnie served in the U.S. Army Reserves. He had worked in the plastic refinery in Texas prior to moving to Clarksville. He is a member of Immaculate Conception Catholic Church. He is survived by his wife Mollie Romero Jeanis of Clarksville, as well as two sons, Jason Craig Jeanis (Cathie) of Clarksville; and Jeffrey Allen Jeanis of Manhattan, Kansas; a daughter Lynette Clayton (Jon) of Reston, VA; a brother Charles Jeanis of Groves, TX; and a sister Judy Williams of Port Arthur, TX. Ronnie is also survived by 6 grandchildren and 2 great grandchildren. Funeral services will be conducted on Friday September 29, 2017 at Levingston Funeral Home in Groves, Texas. The family will receive friends from 12 noon until the time of services on Friday. Burial will be in Memory Gardens Cemetery in Nederland, Texas. Local arrangements are under the care of Gateway Funeral Home.

To order memorial trees or send flowers to the family in memory of Ronnie Lee Jeanis, please visit our flower store.