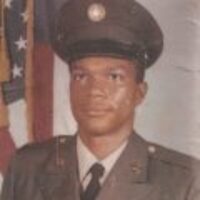 Ronnie Elliott, age 68, of Clarksville, TN passed away on Wednesday, December 9, 2020, at his home. He was born on September 13, 1952, in Clarksville, TN to the late Dan Elliott and Bessie Blair Elliott. Ronnie served his country in the United States Army for 2 years where he fought as a Boxer. Succeeding that, he served in the Reserves for 2 years. Apart from work, Ronnie enjoyed riding his bike, fishing, and playing basketball. He enjoyed listening to music and particularly liked Earth, Wind, & Fire.

The family wishes to express their sincere gratitude to Aseracare Hospice and to everyone for the love and concern through phone calls and texts.

A visitation will be held on Thursday, December 17, 2020 at Gateway Funeral Home from 10:00 A.M. until 11:00 A.M. Graveside services will follow at 12:00 P.M. at Kentucky Veterans Cemetery West in Hopkinsville, KY. Arrangements are under the care of Gateway Funeral Home & Cremation Center; 335 Franklin St. Clarksville, TN 37040; phone 931-919-2600. Online condolences may be made by visiting gatewayfh.com.

To order memorial trees or send flowers to the family in memory of Ronnie Elliott, please visit our flower store.