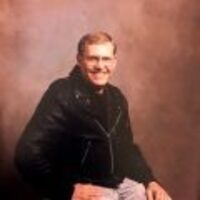 Ronald "Ron" Bruce McClurg, Ph. D, age 76, of Clarksville passed away on Tuesday, May 22nd, 2018. He was born in Iowa on April 29th, 1942 to the late Buford and Harriet McClurg. In addition to his parents, he was also preceded in death by his brother-in-law.

Mr. McClurg served his country in the United States Army where he achieved the rank of Captain; and also obtained his Doctorate.

He is survived by his wife, Sandra Golay McClurg of Clarksville; two daughters, Renda Love (Eric) and Kim Pett. He is also survived by his two grandchildren, Michel and Matthew Love; and his beloved fur baby, Mary.

To order memorial trees or send flowers to the family in memory of Ronald Bruce "Ron" McClurg, please visit our flower store.