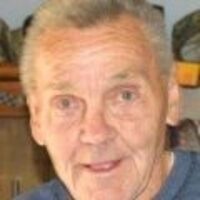 Roger Patrick "Pat" Brown age 84 of Clarksville, passed away at his residence on Thursday September 21, 2017. He was born October 24, 1932 in Grayling, MI, the son of the late James Brown and Effie Bennett Brown. Pat served his country during the Korean War with the U. S. Army 82nd division as a paratrooper. He was in the Army for 6 years. He was a concrete finisher during his lifetime and was a member of the American Legion. He was an outdoor person, enjoying hunting, fishing, and gardening. He is survived by his wife of over 60 years, Betty Morrow Brown of Clarksville; a son James Brown of Hopkinsville, KY; daughters Debra Bolin of Clarksville; Pamela Huff (Tommy) of Clarksville; Sandi Manners (Troy) of Smyrna, TN; and Dona Terry of Clarksville. He is also survived by a sister Sally Lutke of Michigan and 10 grandchildren and 15 great grandchildren. In addition to his parents he is preceded in death by a daughter Judy Lamb, a granddaughter Brittney Manners, and a grandson Chad Bolin. In keeping with the wishes of the family, there will be no public funeral services. Online condolences may be made by going to www.gatewayfh.com. Arrangements are under the care of Gateway Funeral Home and Cremation Center 335 Franklin Street Clarksville, TN 37040. Phone 931-919-2600.

To order memorial trees or send flowers to the family in memory of Roger Patrick "Pat" Brown, please visit our flower store.