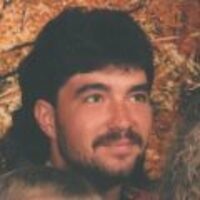 Robert Wayne Underwood age 51 of Cunningham, passed away on Thursday August 16, 2018 in Clarksville. He was born April 8, 1967 in Erin, TN, the son of John Robert Underwood and Nancy Walker Underwood. He is a graduate of Montgomery Central High School. Robert had worked as a brick mason until his health no longer permitted him to work. In addition to his parents he is survived by sons Tyler Underwood of Clarksville; and Robert B. Underwood of Portland, TN; and a daughter Taylor Underwood of Dover, TN. Also surviving are brothers David O. Underwood of Nashville; and James Thomas Underwood of Flint, MI; and Mary Flynn of Michigan. Also surviving are 4 grandchildren. He is also survived by his companion Jennifer Hogan of Clarksville. Funeral services will be conducted on Sunday August 19, 2018 at 2:00 P.M. at Gateway Funeral Home. Burial will be in Baggetts Chapel Cemetery. Visitation will be on Saturday evening from 4-8 P.M. Arrangements are under the care of Gateway Funeral Home and Cremation Center 335 Franklin Street Clarksville, TN 37040. Phone 931-919-2600. Online condolences may be made by going to www.gatewayfh.com.

To order memorial trees or send flowers to the family in memory of Robert Wayne Underwood, please visit our flower store.