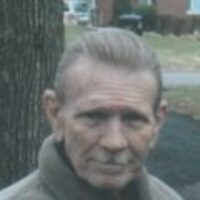 Robert Roy "Bobby" Ross Jr. age 67 a lifelong Clarksville resident, passed away at his home on Thursday May 11, 2017. He was born in Clarksville on September 1, 1949, the son of the late Robert R. Ross Sr. and Chloe Jean Akin Ross. Bobby is a graduate of Clarksville High School and for many years he was known as a musician. He played in area bands and was talented on many instruments but particularly the trumpet. Bobby worked many years in car sales in Clarksville. He is survived by his wife of 48 years, Marilyn Shamburg Ross; daughters Kimberly Dawn Ross of Clarksville and Kandice Danielle Roberts (Mark) of Smyrna, TN; a son Justin Kyle Ross of Clarksville. He is also survived by a sister Judy Kay Clausius (David) of Oak Grove, KY; four grandchildren Jefferey Taylor Furr; Breanne Campos; Benjamin Alexander Campos; and Victoria Elizabeth Ross; as well as two great grandchildren Delilah Furr and Roman Furr. Bobby is also survived by an uncle Donald Akin of Clarksville. Funeral services will be conducted on Tuesday May 16, 2017 at the Chapel of Gateway Funeral Home at 1:00 P.M. with Brother James Shepherd officiating. Burial will be in the Yarbrough Cemetery. Visitation will be held on Tuesday from 11:00 A.M. until the time of services. Online condolences may be made by going to www.gatewayfh.com. The family would like to extend our thanks and appreciation to Aseracare Hospice and especially Marie Beck, Chealsey Meek, and Joshua Thomas

To order memorial trees or send flowers to the family in memory of Robert Roy "Bobby" Ross Jr., please visit our flower store.