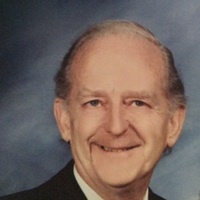 Robert (Bob) David Lewis passed away on September 8th, 2022 at the age of 85. He was born to Thomas David Lewis and Mary (Mae) Pollack on January 31st, 1937. He is preceded in death by his wife Nina Lewis, son, Scott Mumaw of Clarksville, TN, and sister, Margaret Young of Beaver, PA. He is survived by his sister, Leila Swearer, his children, Amber Knutsen, Heather Palmer, Christine Kyser, Daniel Mumaw, and Robert Mumaw as well as his son-in-laws, Chad Knutsen and Chad Mumaw. Bob is also survived by all his grandchildren, Timothy, Michael, Alicia, Brittany, Miranda, Evan, and Landon.

Bob served in the US Navy from 57-59 as an E-3 Electricians Mate Powerhouse Engineer. He married Nina on May 12th, 1971, and together they raised 6 children. Bob always served his church in whatever capacity needed such as mowing the lawn, building stages, and sets, maintenance, communion server, usher, and deacon.

He was always a woodworker who built and fixed things around the house whenever needed. He spent much of his time in the backyard gardening with his wife and was always willing to try new and interesting things. His corny dad jokes and big wide smile will be missed by many but we rejoice to know he is in the hands of the Father.

A funeral service will be held at Gateway Funeral Home on Tuesday, September 20, 2022, at 12:00 P.M. with visitation for one hour prior.

To order memorial trees or send flowers to the family in memory of Robert David Lewis, please visit our flower store.