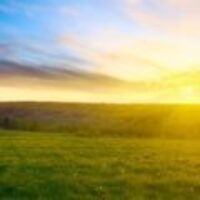 Robert Jackson McGee Jr. age 60 of Clarksville, passed away on Wednesday June 6, 2018 at Vanderbilt University Medical Center in Nashville. He was born July 2, 1957 in Cumberland, MD, the son of the late Robert Jackson McGee Sr. and Hazel Esther Blackburn McGee. Robert was an ordained minister with the Church of God (Cleveland, TN). He is survived by his wife Kymberly Ann Rudolph of Clarksville; sons R.J. McGee III (Crystal) of Cumberland Furnace, TN; and Rodney McGee (Brianna) of Clarksville, TN. He is also survived by sisters Shirley Upperman, Genevieve Bayliss, and Mary Porter. Also surviving are four grandchildren, Hunter McGee, Blake McGee, Kainen McGee, and Wyatt McGee. In addition to his parents, he is preceded in death by a brother Delbert McGee and a sister Betty Bowman. There will be no public funeral services. Robert's cremated remains will be placed with his parents at the Ebeneezer Cemetery in Romney, West Virginia. Arrangements are under the care of Gateway Funeral Home and Cremation Center 335 Franklin Street Clarksville, TN 37040. Phone 931-919-2600. Online condolences may be made by going to www.gatewayfh.com.

To order memorial trees or send flowers to the family in memory of Robert Jackson McGee Jr., please visit our flower store.