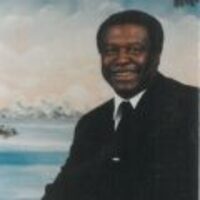 Our Beloved father, grandfather, brother, uncle and cousin was born January 7, 1937 to Eddie L and Louise M Hatcher. They named him Robert Louis Hatcher. Robert was preceded in death by his parents, wife Betty L Griffey-Hatcher, son Christopher D Hatcher and granddaughter TaNesha D Hardy. Robert attended the local school system of Montgomery County and was a retiree from the City of Clarksville parks and recreation.

On November 23, 1960 Robert married Betty L Griffey and to that union three children; Christopher D, Jennifer L and Roberta B were born. He was a devoted father and grandfather. Life ended peacefully for Robert on Saturday June 29, 2019 at his residence.

Visitation will be held on Friday July 5, 2019 from 5 P.M. until 7 P.M. at Gateway Funeral Home and Cremation Center in Clarksville, TN. Funeral services will be held Saturday July 6, 2019 at 11 A.M. at the Mt Nebo Missionary Baptist Church with Pastor Lawrence Reed officiating. Arrangements are under the care of Gateway Funeral Home; Clarksville, TN 37040 ; Phone 931-919-2600

To order memorial trees or send flowers to the family in memory of Robert Louis Hatcher, please visit our flower store.