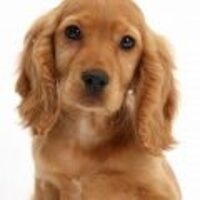 Robert Matthew Eldred, age 69 of Clarksville, passed away Wednesday, September 4, 2019 at Ahava Healthcare. Robert was born on November 8, 1949 in Santiago, California to the late Robert Stewart Eldred and Margaret Agnes Eldred. Robert served his country for 24 years in the U.S Army. He also obtained a Bachelors Degree in Business Administration. Robert belonged to the Clarksville Kennel Club as well. Robert was an animal lover, and his favorite dog was a Cockier Spaniel. He is survived by his wife of 45 years, Patricia Ann Eldred.

Robert will be laid to rest at the Kentucky Veterans Cemetery West in Hopkinsville, KY on Wednesday, September 18, 2019 at 1:00 P.M. Arrangements are under the care of Gateway Funeral Home and Cremation Center; 335 Franklin Street Clarksville, TN 37040. Phone 931-919-2600. Online condolences may be made by going to www.gatewayfh.com.

To order memorial trees or send flowers to the family in memory of Robert Matthew Eldred, please visit our flower store.