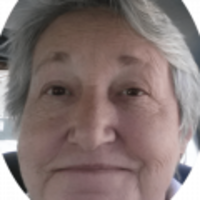 Rita Loraine Rainwater age 62 of Dover, TN passed away on Saturday July 1, 2017 at Tennova Healthcare in Clarksville. She was born February 1, 1955, the daughter of the late Joseph Wiegger and Dorothy Tanner Wiegger. Rita was employed in housekeeping at the nursing home in Dover for several years. She is survived by daughters Linda Gatewood of Clarksville and Alisha Abernathy of Dover and a son Raymond Rainwater of New York. She is also survived by a sister Denise Roberts and 9 grandchildren. In addition to her parents she is preceded in death by her husband Norman Ray Rainwater Jr. There are no public funeral services planned at this time. Arrangements are under the care of Gateway Funeral Home and Cremation Center 335 Franklin Street Clarksville, TN 37040. Phone 931-919-2600. Online condolences may be made by going to www.gatewayfh.com.

To order memorial trees or send flowers to the family in memory of Rita Loraine Rainwater, please visit our flower store.