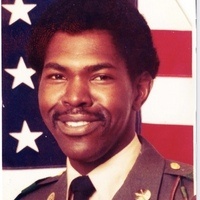 Riley Will Bailey Jr, passed away Wednesday, July 7, 2021 at his residence in Clarksville, TN. Riley was born in San Antonio, TX on September 26, 1949 to the late Gussie and Riley Bailey Sr. Riley proudly served his country for 20 years in the United States Army, following retirement be became a mail carrier for the postal service.

"Dad was “dad” plain and simple! He didn’t want to hear no excuses, and what he said was law, but in the end he was still our dad and he loved and cared for his family! Thank you dad for being who you were meant to be for your family!!!"

Riley is preceded in death by his parents.

A private graveside will take place at a later date at the Kentucky Veteran Cemetery West.

Arrangements are under the care of Gateway Funeral Home & Cremation Center. 335 Franklin Street, Clarksville, TN 37040. Phone: (931)919-2600. Online condolences may be made by visiting our website, gatewayfh.com.

To order memorial trees or send flowers to the family in memory of Riley Will Bailey Jr, please visit our flower store.