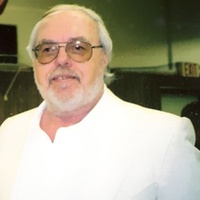 Richard Thomas Wilkerson, lovingly known as "Tom" throughout his life, passed away on April 7th, 2022, with his beloved daughter, Rachael, by his side.

Born in Gadsden, AL, to William Joseph Wilkerson and Iva Nell Rhodes, he was raised in Lubbock, TX, where he began playing drums while still in grade school. He attended Texas Tech and served for several years in the U.S. Army. Tom moved to Nashville in 1964 to pursue his dream of being a professional drummer in country music. After playing in the Nashville band for George Wallace's Presidential Campaign in 1972, his career took off. He began touring throughout the U.S., Canada, and Europe with well-known artists, including Tom T. Hall, Marty Robbins, and Tex Ritter.

He went on to play The Grand Ole Opry for over two years, and in 1974, with Marty Robbins, he played the final show at the Ryman Auditorium, followed by the first show at the Saturday night grand opening of the new Opry House in Nashville. Also, in 1974 he became the first Nashville drummer to have an endorsement deal with Ludwig Drums, joined the band of Sonny James, and began occasional songwriting. Throughout the 1980's he played drums for and managed both Ed Bruce and The Kendals and began producing album recording sessions for various artists.

In the early 1990's he officially retired from playing, managing, and recording music and began working in Marketing and Sales for several music companies and labels. In 2002, he started an artist development company and wrote a monthly column for New York's Singer Magazine. In 2014 he began writing several manuscripts, including one about Nashville's creative and administrative music staffers who turned Nashville into what it is today. Tom's contributions and life's work in music are a source of great pride for his family and loved ones.

Tom is survived by six children: David Wilkerson, Mike Wilkerson, Greg Wilkerson, Deb Wilkerson, Rachael Wilkerson, and Sarah Gilmore. He will forever be considered a wonderful man, patient father, talented musician, and intricate storyteller. He was a hard worker who always encouraged others to chase their dreams, as he did. He will be missed dearly and never forgotten. May his legacy live on through his songs, stories, and writings.

Friends are invited to attend a memorial service for Tom on Saturday, May 7th at 1 pm at Christ Church in Nashville in the Prayer Chapel. In lieu of flowers, donations can be made to Tom’s favorite charity— the T.J. Martell Foundation, here: https://donate.tjmartell.org/InMemoryOfTomWilkerson

Arrangements are under the care of Gateway Funeral Home and Cremation Center, 335 Franklin St. Clarksville, TN 37040. Phone 931.919.2600. Online condolences may be made by visiting our website.

To order memorial trees or send flowers to the family in memory of Tom Wilkerson, please visit our flower store.