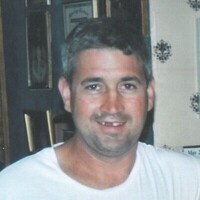 Richard “Richie” Eugene Ward Jr, age 49 of Clarksville, TN passed away on Tuesday, April 27, 2021 at Tennova Healthcare. He was born in New Cumberland, PA to Richard E. Ward Sr and Shirley Grimes Hall on July 06, 1971. Richie was a very hard worker. He was a painter in Clarksville for over 35 years. Richie was such a light hearted soul that lit up every room, who's laugh was contagious. He had the kindof humor that could make anybody crack a smile, and would give the shirt off his back to help a stranger, such a genuine person who's memory will live on in the hearts of his friends and family forever. The imprint that he has made on anybody's life that he came in contact with was everlasting. He loved God. Richie will be remembered as a loving father, grandfather, brother, son and friend.

Richie is preceded in death by his mother, Shirley Grimes Hall.

Funeral services for Richard E. Ward will be on Monday, May 3, 2021 at 4:00 P.M. at the chapel of Gateway Funeral Home. There will be a visitation prior beginning at 1:00 P.M. until the hour of service. Officiating with be Pastor John Mark Thomas.

Arrangements are under the care of Gateway Funeral Home & Cremation Center 335 Franklin Street, Clarksville, TN 37040. Phone: (931)919-2600. Online condolences may be made by visiting gatewayfh.com.

To order memorial trees or send flowers to the family in memory of Richard Eugene Ward, please visit our flower store.