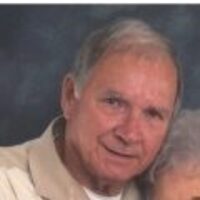 Richard E. "Dickie" Suiter Sr. age 77 of Palmyra, passed away on Monday October 1, 2018 at Alive Hospice in Nashville. He was born February 22, 1941 in Ft. Myers, FL, the son of the late Orville W. Suiter and Alice Abbott McGrath. Richard served his country in the U.S. Army and was stationed in Germany for a part of that time. For many years he was an over the road truck driver. He enjoyed watching sports on TV. He is survived by a son Richard E. "Gene" Suiter Jr. (Lynn) of Clarksville and a daughter Mary Suiter of Clarksville. Also surviving is a brother Wendell "Butch" Suiter of Clarksville, a grandson Daniel Suiter (Courtney) of Johnson City, TN, and his companion Mary Lou Boren. In keeping with Mr. Suiter's wishes, there will be no public funeral services. Memorial contributions may be made to the Myers Cemetery Fund. Arrangements are under the care of Gateway Funeral Home and Cremation Center 335 Franklin Street Clarksville, TN 37040. Phone 9310919-2600. Online condolences may be made by going to www.gatewayfh.com.

To order memorial trees or send flowers to the family in memory of Richard E. "Dickie" Suiter Sr., please visit our flower store.