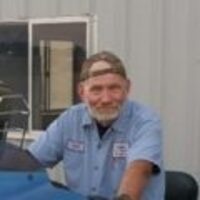 Richard R. Clark Jr. age 66 of Clarksville, passed away unexpectedly on Saturday February 2, 2019 at Tennova Healthcare in Clarksville. He was born October 17, 1952 in Ft. Campbell, KY the son of the late Florence Clark and Richard R. Clark Sr. of Clarksville. He has been employed for many years with Winn Trucking in Clarksville. He enjoyed his job and looked forward to going to work every day. He was devoted to his family. In his earlier years, Richard was proud to serve as a volunteer firefighter in Eureka, FL for many years. He was a collector of John Deere and old car memorabilia. In addition to his father, he is survived by his wife Barbara Evans Clark of Clarksville; a daughter Jacqueline Lyen Clark of Owensboro, KY; a son Brian Keith Clark (Jennifer) of Dunellen, FL; brothers Bobby Clark of Hawaii; Johnny Clark of Chicago; and Michael Clark of California; a sister Georgia Clark of Clarksville. Also surviving are grandchildren Todd Clark (Becca); Damian Smith; Christina Smith; Alexandria Anderson; Joshua Anderson; and Caleb Clark. In addition to his mother, he is preceded in death by a sister Terry Tuerck. In keeping with Richard's wishes, there will be no public funeral services. Arrangements are under the care of Gateway Funeral Home and Cremation Center 335 Franklin Street Clarksville, TN 37040. Phone 931-919-2600. Online condolences may be made by going to www.gatewayfh.com.

To order memorial trees or send flowers to the family in memory of Richard R. Clark Jr., please visit our flower store.