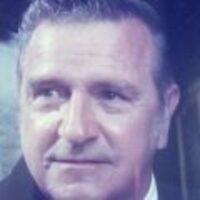 Richard Jean Grenier age 89, passed away on Thursday, July 25, 2019 at Spring Meadows Health Care Center in Clarksville. He was born in the city of Montreal, Canada, son of the late Joseph Grenier and Germaine Piche Grenier. Richard proudly served his country in the US Army. He served in Korea, earning a Purple Heart and three Bronze Stars. Following the military he became a machinist for thirty years with Pratt Whitney. Richard was a member at the Immaculate Conception Catholic Church. He also enjoyed wood carving. One of his pieces is displayed in the John F. Kennedy Library. The Grenier family takes comfort in knowing their father, grandfather, and great grandfather loved them dearly.

Memorial services for Mr. Grenier will be conducted by Deacon Dominick Azzara on Thursday, August 1, 2019 at 10:00 A.M. at Gateway Funeral Home. Following the services, interment will be at 2:00 P.M. at the Middle Tennessee State Veteran Cemetery. Arrangements are under the care of Gateway Funeral Home and Cremation Center; 335 Franklin St. Clarksville, TN 37040; Phone 931-919-2600

To order memorial trees or send flowers to the family in memory of Richard Jean Grenier, please visit our flower store.