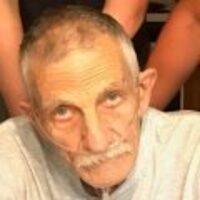 Richard Guy Edwards age 72 of Clarksville, passed away on Saturday September 22, 2018 at his residence. He was born July 4, 1946 in Elmira, NY the son of Elmer Edwards and Augusta Lanphere Sliter. Richard worked for many years as an over the road truck driver. He was a talented auto mechanic and was an outdoorsman and handyman. Richard is survived by his wife Ann Snell Edwards of Clarksville; a daughter Nicole Edwards, Seoul Korea (US Army); sons Richard H. Edwards of Smyrna, TN; and Justin G. Edwards of Little Falls, NY. He is also survived by a brother William Sliter of Syracuse, NY. Richard also has 7 grandchildren, Ryan R. Britton; Cameron Carnes Edwards; Sydney J. Edwards; Caylin Bragg; Lillian Davis; Lyle Edwards; and Louis Edwards. He is also survived by his brothers and sisters in law Robert & Debbie Snell of Ilion, NY; Cindy Sanborn of Nanlus, NY; Carol & Kenny Tenney of Dolgeville, NY; Colby Sanborn of Clinton, NY; Mike & Denelle Snell of Montana; and William & Julie Snell of Dolgeville, NY; and nephews Matthew Snell and Timothy Snell as well as many other nieces and nephews. Richard is preceded in death by mother and father in law Harold & Teresa Snell and a niece Jennifer Snell. In keeping with Richards wishes, there will be no public funeral services. Arrangements are under the care of Gateway Funeral Home and Cremation Center 335 Franklin Street Clarksville, TN 37040. Phone 931-919-2600. Online condolences may be made by going to www.gatewayfh.com.

To order memorial trees or send flowers to the family in memory of Richard Guy Edwards, please visit our flower store.