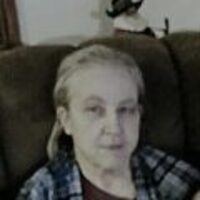 Renee Lynn Lowery age 69 of Clarksville passed away on Tuesday March 27, 2018 at Tennova Healthcare. She was born December 18, 1948 in Fostoria, OH, the daughter of the late Donald Ward and Roberta Sloan Ward. Renee had been employed in the binding department of Jostens for several years. Renee was devoted to her family and was a NASCAR fan. She is survived by her daughters Wendy Luree Johnson (Benjamin) of Clarksville and Candi Denice Lowery of Clarksville; a son James Dewayne Lowery Jr. of Elmira, NY; 10 grandchildren and 12 great grandchildren. She is also survived by her fianc Kenneth Ramage of Clarksville. In addition to her parents, she is preceded in death by a brother Donald Ward. There are no public funeral services planned. Arrangements are under the care of Gateway Funeral Home and Cremation Center 335 Franklin Street Clarksville, TN 37040. Phone 931-919-2600. Online condolences may be made by going to www.gatewayfh.com.

To order memorial trees or send flowers to the family in memory of Renee Lynn Lowery, please visit our flower store.