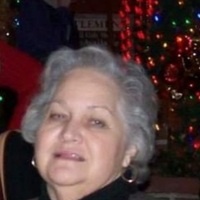 Rebecca A. Smith, 74, passed peacefully on August 24th, 2022, at her home in Clarksville, TN. She was born April 7, 1948, in Cadiz, KY to the late William Howard Skinner and Melba Adell Thomas Skinner.

“Becky”, as she was fondly known, held many jobs throughout her life. She took great pride in serving as the Jackson County Bookkeeper, dedicating more than two decades of service to the Gainesboro, TN community.

In addition to her parents, she was preceded in death by her husband, Jerry T. Smith, great-grandson Judah A. Massa, brother and sister-in-law Tommy and Annette Skinner, and infant sister Teresa Jane Skinner.

A service of remembrance will be held at 1:00 P.M., Saturday, September 24, 2022, at Skinner-Futrell Cemetery in Cadiz, KY. In lieu of flowers, the family requests that memorial donations be made in Becky’s honor to the Charles Ralph Hollard Memorial Library in Gainesboro, TN.

To order memorial trees or send flowers to the family in memory of Rebecca Ann Smith, please visit our flower store.