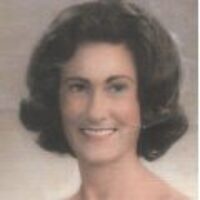 Reatha Christine Crockett Hall age 85 of Clarksville, passed away on Monday January 22, 2018 at Tennova Healthcare. She was born June 17, 1932 in Palmyra, TN the daughter of the late Tanner Crockett and Dessie Crockett Broome. Mrs. Hall had worked in retail sales as well as in home health care. She is a member of the Baptist Church. Survivors include her son Terry Welker of Clarksville and a sister Margaret Kutzner of Minneapolis, MN. In addition to her parents, she is preceded in death by her husband Leon and a sister Annie Irene Herrell and a brother Gholson Crockett. Funeral services will be conducted on Saturday January 27, 2018 at 2:00 P.M. from the Gateway Funeral Home. Visitation will be held for the hour prior to services at the funeral home. Arrangements are under the care of Gateway Funeral Home 335 Franklin Street Clarksville, TN 37040. Online condolences may be made by going to www.gatewayfh.com.

To order memorial trees or send flowers to the family in memory of Reatha Christine Hall, please visit our flower store.