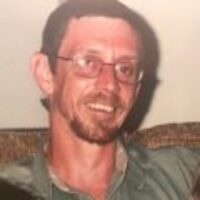 Randy John Merchant, age 51, of Big Rock, TN, passed away on Friday, July 19, 2019, at his residence. Randy was born in Russellville, Kentucky on November 9, 1967 to Terry Reece Merchant and Linda Sue Barton Merchant. During his life, Randy was employed as a Construction Worker and did contract work in Iraq. He loved his country and was very proud to be an American. A few of his hobbies included hunting, fishing and riding his Harley Davidson Motorcycle. He was kind hearted and will be missed greatly by his family and friends.

Services for Randy Merchant are pending and will be announced at a later date. Arrangements are under the care of Gateway Funeral Home and Cremation Center; 335 Franklin St. Clarksville TN 37040; Phone 931-919-2600.

To order memorial trees or send flowers to the family in memory of Randy John Merchant, please visit our flower store.