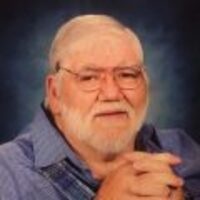 Phillip Wayne Martin age 68 of Springfield, passed away on Sunday December 16, 2018 at his residence. He was born September 11, 1950 in Davidson County, TN, the son of the late Frank Martin and Ruby Huff. Wayne worked for 43 years with the City of Nashville as a heavy equipment mechanic. Wayne was well known for raising mules and for being involved in competitive mule pulling. He is survived by his wife Michelle Mersing Martin of Springfield; sons Keith Ashby Mersing of Springfield and Blake Martin of Springfield. He is also survived by a brother Jim Ed Martin and a sister Cathy Martin as well as a nephew Larry Lancaster. Also surviving are four grandchildren Kayden Mersing, Cameron Mersing, Kennedy Mersing, and Jace Martin. In keeping with Wayne's wishes, a family celebration of his life is being planned. Arrangements are under the care of Gateway Funeral Home and Cremation Center 335 Franklin Street Clarksville, TN 37040 Phone 931-919-2600. Online condolences may be made by going to www.gatewayfh.com.

To order memorial trees or send flowers to the family in memory of Phillip Wayne Martin, please visit our flower store.