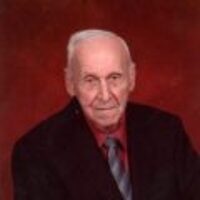 Percy O. Black age 81 of Clarksville, passed away on Wednesday January 17, 2018 at Tennova Healthcare. He was born in Montgomery County on March 26, 1936, the son of the late James Cullum Black and Cora Bryant Black. Percy is a graduate of Montgomery Central High School. He was known as a hard worker and throughout his life had been employed in the grocery business, and had worked with DuPont for several years. He had also been a farmer and operated a fence company as well as operating the Sango Produce Stand. He is a member of the Excell Baptist Church and had taught Sunday School throughout the years. He was an avid football fan. Percy is survived by his wife Peggy Hancock; sons Ronald Carlton Black (Rena) of Toccoa, GA; and Mark Alan Black (Robin) of Clarksville; a daughter Melodie Phillips (David) of Columbia, SC; a brother John Black of Dothan, AL; and a sister Betty Pulver of Lincoln, NE. He is also survived by 4 grandchildren Nic Black; Jonathan Black; Joshua Black; and Deana Riordan; and 4 great grandchildren Zachary Riordan; Zaila Riordan; Jet Black; and Lily Black. In addition to his parents, Percy is preceded in death by brothers Tony, Cecil, and James Black and sisters Mollie Hamilton, Christine Welker, Ruby Walker, and Lottie Balthrop. Funeral services will be conducted on Saturday January 20, 2018 at 1:00 P.M. at the Excell Baptist Church 328 Excell Road, Clarksville. Brother Terrell Marcom will officiate. Burial will be in Resthaven Memorial Gardens. Visitation will be on Friday from 3-6 P.M. at Gateway Funeral Home and again on Saturday from 11 A.M. until the time of services at the church. Memorial contributions may be made to the Excell Baptist Church Building Fund. Arrangements are under the care of Gateway Funeral Home and Cremation Center 335 Franklin Street Clarksville, TN 37040. Phone 931-919-2600. Online condolences may be made by going to www.gatewayfh.com.

To order memorial trees or send flowers to the family in memory of Percy O. Black, please visit our flower store.