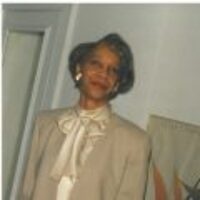 Patricia Ann Garrett Thomas passed away at her home in Clarksville, Tennessee on Thursday, November 30, 2017 surrounded by her family. Patricia was born September 16, 1938 in Carbondale, Illinois to the union of the late Malchi Garrett and Della Johnson Garrett. Patricia was raised in Carbondale and baptized by Reverend Luke Mingo at Rockhill Missionary Baptist Church.

Patricia graduated from Attucks High School with Honors in May 1956. In her later years, Pat became a member of Body of Christ Community of Faith Church of Detroit, Michigan under Reverend Benjamin Prince.

Following graduation, Pat was employed as a ward assistant at Elgin State Hospital until she joined the United States Air Force in 1959. Pat served 6 years as an Administrative Specialist in the Air Force. Pat was stationed in McQuire Air Force Base in New Jersey, Langley Air Force Base in Virginia where she met and married Sgt. James Thomas (now deceased) and in Okinawa, Japan. After an Honorable discharge, she resided in Hampton, Virginia. Pat returned to Carbondale and worked as an assistant to renown architect Buckminster Fuller. She then relocated to Detroit Michigan where she worked as senior stenographer for the City of Detroit and The State of Michigan, respectively until her retirement.

Pat was an avid reader. She loved cats and was adopted mother to Mamie and Rhaggs. Most of all, baking was her favorite past time as well as, participating in the functions of the Woodbridge Senior Community and the Summer Senior Olympic games. She had a great passion for clothes and decorating which was demonstrated throughout her life.

To order memorial trees or send flowers to the family in memory of Patricia Ann Thomas, please visit our flower store.