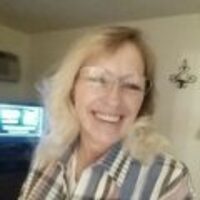 Pamela Kay Gulledge age 58 passed away at her residence on Sunday June 10, 2018. She was born January 24, 1960 in Canton, MI the daughter of the late William Gulledge and Betty Swalley Gulledge. She has lived her lifetime in Michigan until coming to Clarksville recently to live with her daughter. During her lifetime she worked as a caregiver to the elderly. She was known to many people as a caring person who enjoyed helping others. She is survived by daughters Taramarie Gulledge of Clarksville; Carol Wolf of Clarksville; and Kimberly Pritchard of Garden City, MI. Pamela is also survived by brothers Roger Hurd and Jim Hurd and sisters Linda Vlaz and Sheryl Pritchard as well as a granddaughter Kaylyn Wolf and many nieces and nephews. Memorial services will be conducted at a later date in Michigan. Arrangements are under the care of Gateway Funeral Home and Cremation Center 335 Franklin Street Clarksville, TN 37040. Phone 931-919-2600. Online condolences may be made by going to www.gatewayfh.com.

To order memorial trees or send flowers to the family in memory of Pamela Kay Gulledge, please visit our flower store.